While the whole zombie genre sprouted as a metaphor for blatant consumerism, they have evolved over the past few years to represent many new things. However, no matter what place they may land, zombies are still terrifying creatures of the night. They can regale you with stories of horror and even comedy in some cases, which is why they are so entertaining. So if you’re looking for a few good 2-player zombie games, then you’re in luck as there are a ton of them on the market. You might even be able to say that they have come to saturate the market a little too much. 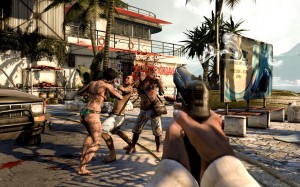 When the trailer came out for Dead Island, people really expected a poignant zombie thriller. After all, it featured some pretty dramatic scenes depicting a desperate dad trying to save his family. What came out instead was one of the most entertaining zombie games ever. At the same time, it also featured some pretty fully realized multiplayer features, allowing you to take down thousands of the zombie horde with 3 other friends. 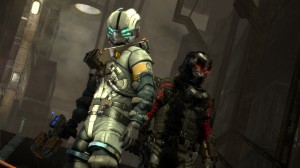 Recently, there has been a trend in games regarding multiplayer. At some point developers really started shoe horning a multiplayer feature in almost all the games they made. Dead Space is one of the most iconic survival horrors to come out in a while. Sure, the Necromorphs aren’t necessarily classified as “Zombies,” but they sure as hell have the same effect as those shambling monstrosities. In Dead Space 3, you can rip apart monsters with a friend. 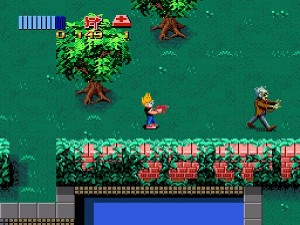 Probably one of the best zombie games of all time, ZAMN takes a different route when it comes to the zombie genre. The title doesn’t want to scare you; it wants you to go all “Evil Dead” on the zombie horde. It features some pretty comedic situations, and even when the game is old, the design is still beautiful and level design is fun. Of course, you’re going to need an emulator to run this ancient title, however, beyond that it should be smooth sailing. 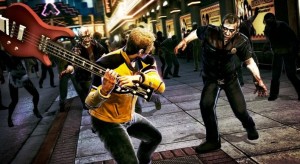 If somehow, Sam Raimi and George Romero were cloned into one thing, it would be this game. The game is absurd, but then again, it was created in Japan, so you should expect some strange thrills in this title. At the same time, the B-movie feel of the game is accentuated by a plot that takes itself way too seriously. Combat is the main point of pride in this game though, as it is fast paced and it is played very violently. 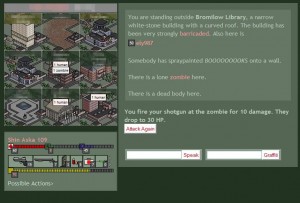 Want your zombie game a little less visceral and with more imagination spliced in? Well if you don’t like playing board games, then the only option you have left is the Urban Dead. It’s a browser based title and at the same time, thousands of players are on the game at any one time. This really makes the game even more fun as a lot of people can help you out. 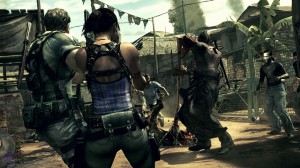 Resident Evil caught a lot of flak for many different features it has. One of the biggest complaints was that it contained some slight racist undertones. However, the Co-op mode may have saved the game; it’s well done and sometimes very necessary when playing the game. 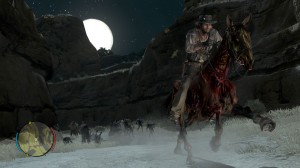 RDR is probably the best western shooter to come out in this generation. The gunplay was amazing, the lands were vast, and the story was beautifully written. It was a western drama that was almost reminiscent of Unforgiven. The sequel to the original, Undead Nightmare, Added Zombies into the mix and tacked on a free roaming multiplayer feature. Needless to say, you’re going to spend a lot more time in John Marston’s world than usual. 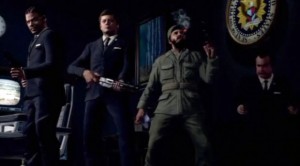 The Call of Duty series has been around for years, and the developers aren’t busy making a conspiracy ridden war shooter, they instead make zombie mods. The best among them was probably the one that featured prominent figures in the 70s. Overall, the added zombie feature really made a bit more difference and playing with a friend is the most fun that you can have when you’re playing as JFK. 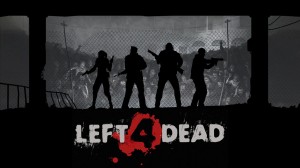 There’s no way a list about multiplayer zombie games would ever be valid without one mention of the Left 4 Dead series. Valve really outdid themselves when they released this bombshell of a game to the public, as it changed everything you knew about zombie games. The gameplay is very fast, and frantic reloads in the middle of battle could mean the difference between life and death. While the second iteration wasn’t really much of a big change, it added enough weapons, levels, and storyline to make it big. 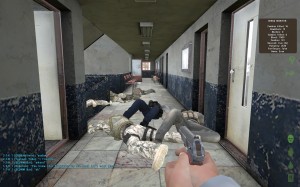 If Left 4 Dead changed up the zombie formula and made something new out of the framework, Day Z dragged the screaming genre back to its roots. This is probably the purest form of survival horror, as you are tasked with surviving with a group in a bleak and dead landscape. At the same time, each game has its own traitors in the form of other players, and this really ramped up the fear factor you got from the game. If you plan to pick up this title, make sure to grab the original Arma so you can really play the full LAN Experience.