A lot of people most likely grew up playing different types of Super Mario games but the older generations were lucky enough to enjoy those that are filled with a more wholesome and less tedious plot. This is not to say though that the Mario shooting games of games do not deserve recognition because they also do. Imagine, the people behind creating this game were able to think of action-filled ways to make Super Mario attractive for all genders. Here’s a list of some of these Super Mario-inspired games you shouldn’t miss out on. 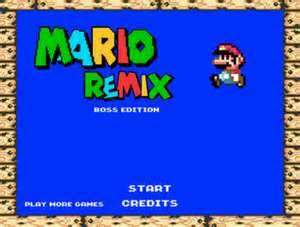 The Mario Remix is basically a takeoff from the previous versions of Super Mario that we have grown to love growing up. The idea behind the game is actually very simple. All you have to do is control the flying Super Mario so that it can pass through several moving flames. The objective is of course for Mario to shoot its way past different obstacles which are very fast and of course to survive. During the first few tries, it is quite impossible to get past the blockages but with practice, this of course can come very easy for you. 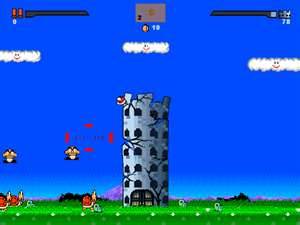 The Mario World Overrun is another exciting Super Mario-inspired kind of game. This one in particular is about getting back Mario’s money the thieves stole from him. The game is pretty intense especially it is powered by a number of different types of guns and ammunitions that all have different types of power. What the player needs to do is to choose one type of power per game and use it as your defense. 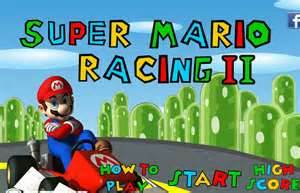 The Super Mario Racing II game is a takeoff from its version with the same title. This game is all about Super Mario racing against other players and the objective is of course to finish the race without any problems and within the shortest possible time. However, the task is not easy as some of the enemy’s cars have special powers that you might want to get familiar with. Don’t worry though because your race car is also equipped with powers that you have pre-selected before starting the game so you’re pretty much protected.

As its name suggests, the idea behind the Mario Defender is also very simple and that is to use Mario’s powers as defense against your enemies. Mario also needs to defend the princess from the enemies so the objective is to shoot all the enemies dead before they can reach the castle. Remember that the game becomes a little bit difficult because you have a time limit for completing your mission. Also, the enemies move really fast so it’s very difficult to get rid of them all at the same time. 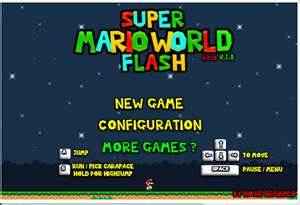 The Super Mario World Flash is very much like the usual Super Mario World game that you have fallen in love with growing up. But what makes this one better than the previous version is the fact that this one is well developed and the game interface is also quite top notch these days. Not to mention, there are a few twists in the story and the mission so you need to watch out for that. But playing this game on a regular basis guarantees that you would be so accustomed to it so you will know how to strategize really well. 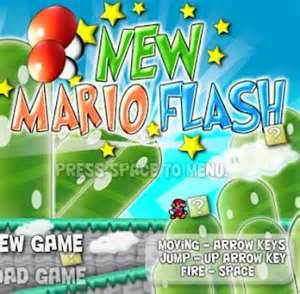 The New Mario Flash game is also inspired the by the original version of the Super Mario game but this one in particular gives Super Mario more shooting powers. This way, it is much easier for him to fight the enemies and also makes it a little easier to reach higher levels. Watch out though because this game also comes with bigger and more difficult challenges so if you’ve finished the entire original version of the game, it’s time that you try this one out now. 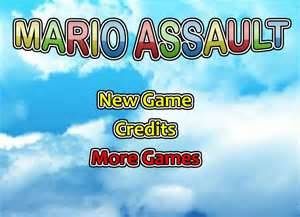 The Mario Assault is a very wholesome game that wouldn’t require you to do that much. All you need to do is manipulate Mario so that he can move and along the way it is your duty to collect as many stars as possible, shoot different types of jellyfishes using a gun and jump on as many beetles as you will find and make sure that they are all dead. The faster you move, the more likely will you get a high score on this particular game. 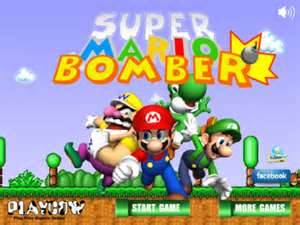 The Super Mario Bomber is a game wherein you will be competing with Luigi, Mario’s brother. The objective of the game is rather simple and all you really need to do is to create the most passage way to be able to free yourself. The game works by implanting a number of bombs on your walk way and when these bombs explode, you automatically get an additional path. The more bombs you plant, the more likely you will win against the enemy. 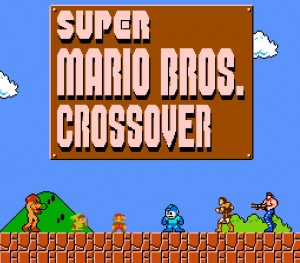 The Super Mario Crossover is another exciting Super Mario-inspired game that you might want to play with online. This game requires you to manipulate Mario while he is on his motorcycle. Along the way, Mario will be faced with a number of challenges as well and the tracks he will be passing on will also become more difficult. What’s more, you will also come face to face with some enemies. 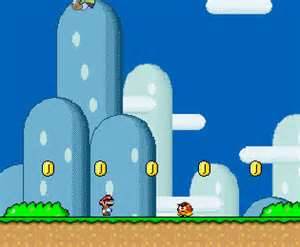 The Super Mario Revived is also inspired by the original Super Mario game of the 90s but with a different setting and some different challenges as well. Of course, the game is still made to be very attractive among a number of gamers out there because it is very fun and enjoyable and is also more likely to captivate the taste of all gamers regardless of their age.