Home Uncategorized Ten Hardest Games Ever: Titles that will Ensure You Break Your Controllers

Games, as of late, have become sort easy to beat and that’s become very very evident. Just look at the title Dishonored. While it was a beautifully crafted game, the challenge sort of wanes. Actually, it doesn’t really present much of a challenge at the beginning anyway. There’s actually a certain structure to designing games, which is best illustrated by the RPG system. As you fight through the droves of enemies that rush you, you gain experience and get strong enough to take down even stronger enemies. At the beginning, it’s hard to take down your enemies, and only gets harder when you progress through it. So if you want to feel this same challenge, here are some of the hardest games ever. 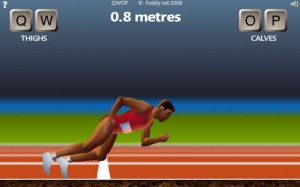 This game is unrelentingly hard and is also unforgiving. You’d actually be forgiven for thinking that this game wasn’t designed for gamers at all. You control a young runner in a relay race where the objective is to win the gold medal for your country. There are only 4 buttons in this game, each control a certain part of the racer’s legs. The thing here is that you will watch that guy fall over more times than you can imagine, and the controls are the mean bully you had in high school. 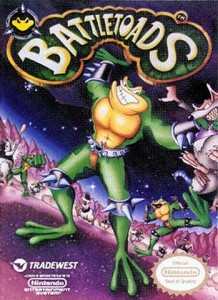 While this is a jump back in time, this title is one of the top, hardest games ever made. The combat was simply so frustrating that it was impossible to advance even a little bit. You would take one move, and your enemies would strike with lightning precision. The game also rabidly impedes your ability to fight back. While there was an added multiplayer, it wasn’t going to ease off on your partner either. In all reality, when you ask a friend to play it’s basically condemning your friendship to the special circle in hell where games like this were made. 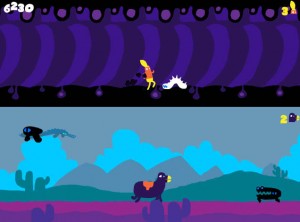 In this title, the space bar is like your power to lord over the fate of two partners running through a strangely pretty landscape. Enemies are abound, and like most titles like this, you can take out these targets by squishing them. The unique little twist that makes this game almost impossible is the fact that these two get split apart at some point, and you control them with one button. To describe the experience through words doesn’t really do it justice, check it out instead. 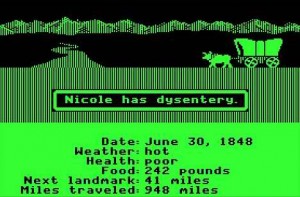 “You have Dysentery!” These words should be awarded some of trophy because they’re probably the most iconic of all gaming tag lines. At the same time, they come from a semi-educational game that is merciless. This game was made with the sole purpose of illustrating how hard it was to live during frontier times in America. You have to deal with rations, traveling, and diseases all the while trying to live off the land. It does a really great job of showing off these problems and trying to educate kids, but the fact remains, it’s not a very easy game. 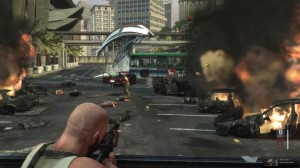 Max Payne is one of the hardest game series ever made, but that’s only under the condition that you play it on the hard setting. After that, you get a special setting called ‘New York Minute’. This spike in difficulty will rip you a new one as even diving through the air gets you killed. The third part of the series insisted on topping the previous games by tacking on a challenging hard mode, with two more additional difficulty settings that rival the difficulty of the Dark Souls series. If you pick this up, prepare to die in each level several times.

This little flash game shares the same spirit with Poto and Cabenga, as you must control two little snake like creatures. The thing here is that one tail travels quickly to the north, while the other travels to the south. This will boggle your brain as the objective of the game is to stay away from the red blobs then collect the green and purple blobs. This task is near impossible to achieve because you have to keep track of both snakes and taking damage from either side will affect both. Try it at your own risk. 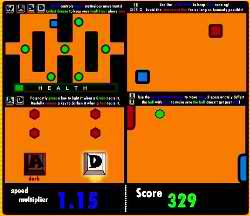 Have you ever had to calculate a simple formula while listening to music and washing the plates all at the same time? Well, that’s basically the premise of this title as it gets so much harder to keep track of all the stuff you had to do three rounds ago. That’s right, you lose before you even have a chance to win, and that’s how hard this game is. There are only 4 variations of games though, and you can only really play them 2 at a time, but when they mix it up it starts getting massively confusing. 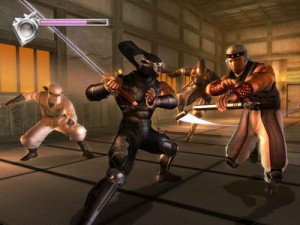 There’s a video on the internet featuring how hard this game really is. Before you consider playing this title, check out Egoraptor’s ‘Awesome Gaiden’ on YouTube. Load it up, watch it and you basically have the gist of how hard Ninja Gaiden Black was. Being one of the hardest 3D games to come out on the Xbox, this title really takes the cake for awesome combat and punishing deaths. 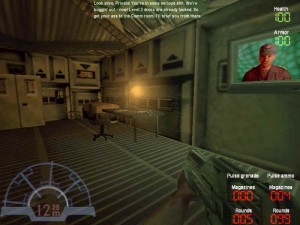 Probably the best game adaptation to two of the most iconic movie creatures, AVP is also regarded as a great first person shooter that really does the monsters justice. However, if you play this game as a colonial marine, you are going to die a lot. It really captures the feel and fear that a simple soldier would experience when facing an alien threat. In terms of difficulty, the curve is fine, allowing you to play around a bit before they start kicking invisible hunters at you. 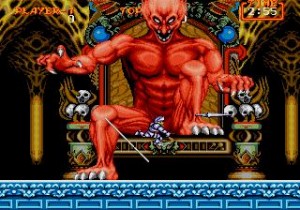 Regarded as one of the hardest games ever made, Super Ghouls and Ghosts is the spawn of the devil himself. Featuring a side scrolling platforming action and frantic combat. You don’t have a health bar during this game though, and your hit points rely on how much armor you have on. This is harder to achieve than you think as enemies are also bountiful.