Home Uncategorized Top 10 Crime Scene Games That You Can Play Online, All for Free

If you love watching movies or TV shows about crime and investigation, you will definitely enjoy crime scene games. There are several applications on this type of genre that you can download on your computer or mobile device. If you prefer to play without any download and installation, there are plenty of online games to choose from that are under the crime scene category. 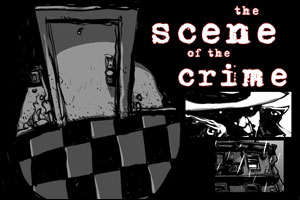 From the name of the game itself, you would immediately know that this falls under the category of crime and investigation games. Play the role of a detective and try to find the murderer by collecting clues on the crime scene. This will test your investigating skills as you need to find the evidences that will lead you to the identity of the killer. Use your mouse to play The Scene of the Crime online. Click on walkthrough if you wish to see how the game is solved. If you want to solve it on your own, click on play instead. Click on the clues that you will find around and they will be added to your personal note. Click on the note to see the items found. You also have fingerprint brush, dusting agent and fingerprint tape that you can use to check on the fingerprints on the evidences found. 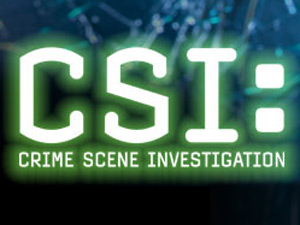 You will play the role of a new detective in this game. You don’t have to pretend that you are one of the casts of the TV series CSI, as it’s your time to shine on CSI Crime Scene Investigation. Click Play to start the game. Grissom received a call to investigate a crime. He would then go to the crime scene with you. On the crime scene, there is no sign of the victim but there is some blood on the carpet. Since Grissom has another case to investigate on, you will be asked to help the other detective to investigate on this case. The detective will tell you the story. Look around the crime scene and collect things that will help solve the mystery. You will also have some tools to use like fingerprint brush, gloves, magnifying scope, swab and tweezers. The other detective will also give you some tips as you do the investigation. 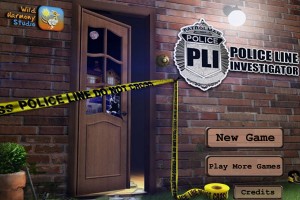 This is your first job as an investigator. You must do well to earn your badge. There are three badge levels in this game. They are good, great and perfect. Your job is to check each room of a house that was broken into and find the missing items. You will be given a list of the most important items. Click on the items on the list until you find out which one is missing. Clicking on the wrong items will deduct you some points and will prevent you from earning the perfect badge. You also have 3 hints to use if you are having difficulties finding the items on the list. Click New Game to play Police Line Investigator.

When it comes to crime scene investigation, Sherlock Holmes is a famous name. Play the role of this great detective on Sherlock Holmes the Silver Earring. Spot the difference of the before and after photos that will be shown to you. Find at least 5 of them within 90 seconds. Be careful as clicking on the wrong items will give you a deduction of 5 seconds from your time. Complete each level to move to the next round.

6. The Lost Cases of Sherlock Holmes 2 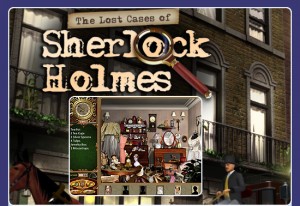 After completing all the levels of the first installment of the Sherlock Holmes game, continue your exciting adventure on its second installment, The Lost Cases of Sherlock Holmes 2. Find the items listed on the left side by clicking on the corresponding object on the right. You are on a time limit so you must work fast to find everything on the list. This could be challenging since there are several items and most of them blend well with the other things. Click on the pipe icon to use one of your three hints. Click on the magnifying glass to zoom in and out the screen.

5. Inspector Magnusson: Murder on the Titanic 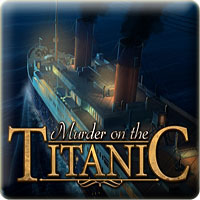 Get on board of the famous Titanic ship. You will play the role as the assistant of Inspector Magnusson. You will be asked by the captain to investigate on the death of a coal laborer. He believes that there is a foul play involved on this. Do not let the guests know about this secret investigation to prevent them from being scared. Look around the ship and find clues that will lead you to the killer. Use your investigation skills in Inspector Magnusson: Murder on the Titanic. 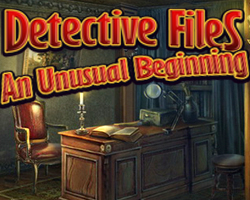 If you love playing the role of a detective, this is another game that will satisfy your passion for solving cases. Play the role of detective Joe Moon in Detective Files: An Unusual Beginning. An unknown man was found dead. Your job is to investigate what exactly happened and who killed him. You will be given a list of items to search. Find these objects to get clues that will lead you to resolve this case. 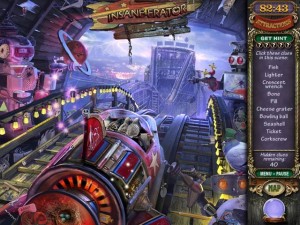 Play the role of fortune teller, Madame Fate, in this game. She had a vision that she will be killed by midnight. You have the chance to stop this crime from happening if you start your investigation now. Find the objects listed on the right to play Mystery Case Files: Madame Fate. This will help you find the locations of the people in the carnival, who may have the motive to do the crime. Complete your goal before the clock turns 12:00 am to stop the murder. 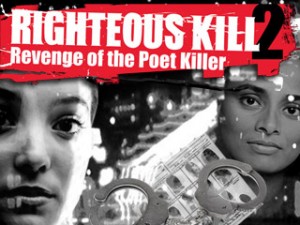 The poet killer has been murdering people. Play the role of a police detective in Righteous Kill 2 game and stop the murderer from taking more lives. Find the objects on the list that will be given to you and get clues that will help you in solving the case. However, this will not be an easy job as you will find that the list of suspects does not include bad guys but those that are in your field as well.

1. Rizzoli and Isles: The Masterpiece Murders 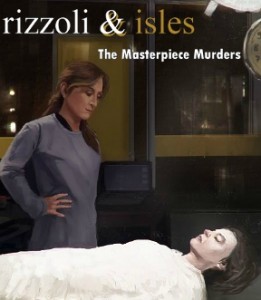 Play the role as a detective in Rizzoli and Isles: The Masterpiece Murders. Find clues on each location to move to the next one. You cannot go to the next location unless you have found all the clues for the current one. Once done collecting clues, go back to the headquarters to post your clues on the board. These are important in solving the case.