If you’re a gamer that grew up during the 1980s, then you would of course be familiar with the character Sonic the Hedgehog. After all, he was and still remains to be an icon ever since the game of the same name was released for the Sega Genesis. During the course of many years, various games have been released for Sonic and this includes sonic racing games. Now, there are loads of sonic games you can play online for free and they are loads of fun. Of course, there are also the games in consoles that are awesome to play. Here are some of the top sonic racing titles you can choose from. 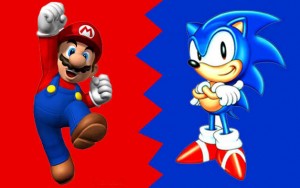 It’s a clash of two icons, Mario and Sonic. In this game, they are racing against one another to see who is the fastest between the two of them. You can choose to play as Sonic or Mario in this super cool game available online. The controls are easy as you will only need to use the arrow keys in order to drive the vehicle. 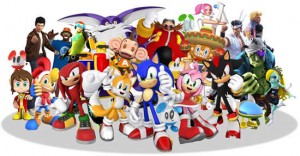 This is a very cool party racing game with Sonic the Hedgehog and the famous characters from various Sega games such as Alex Kidd, Shadow, Banjo and Kazooie, Ryo Hazuki and Dr. Eggman from the Mega Man series! You have the choice to play in different scenarios using various types of vehicles, monster trucks and even airplanes! 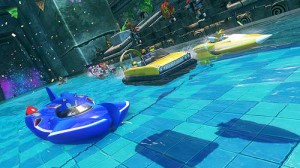 The cast of the Sega All-Stars are back along with Sonic in the sequel to the popular racing game of the same title. In Transformed, there are new characters, vehicles and super moves you can use when you play the game. Plus, the characters now have the ability to transform their vehicles to adjust to the terrain they are in! 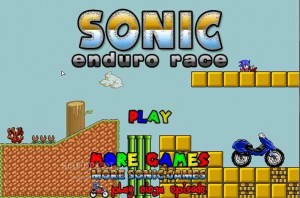 Imagine playing as Sonic riding a motorcycle in Mario’s world and that is what you get when you play Sonic Enduro Race. If it wasn’t awesome enough that Sonic runs at lightning speed, he now rides a motorcycle. The objective is to collect as much rings as possible before getting to the end of every level. 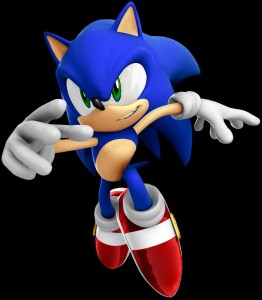 Backed by a fun nostalgic soundtrack, Sonic Racer provides you with a topdown view of Sonic as he races through the streets collecting coins. Avoid obstacles and other characters as just one hit will send you packing. Here is where your gaming skills will show. Use the arrow keys to move and speed up Sonic. 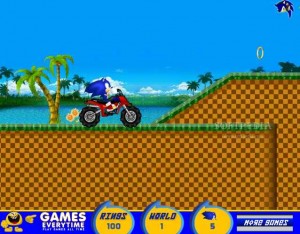 In this new version of the game, Sonic is riding a cool ATV and driving along multiple types of terrain. Don’t think that it is going to be that easy. So you have what it takes to complete all eight levels? Ride as fast as you can to complete every level and get the highest score possible. 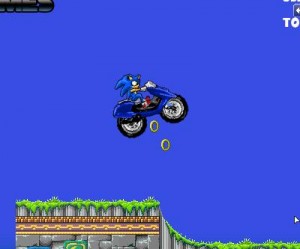 In another version of a motorcycle racing game featuring Sonic, the hedgehog is again riding a bike and needs to drive very fast without falling off. Collect as many rings as possible before the end of every level to get a high score. 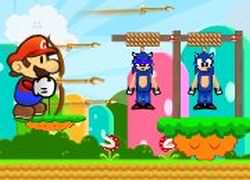 This is not a racing game per se but more of a “race against time”. In this game, Sonic is hanging from a rope and Mario needs to shoot it so that he can be set free. Watch out for the time as taking too long would make Sonic perish! Plus, when you accidentally shoot Sonic, it will speed up his demise so be careful! 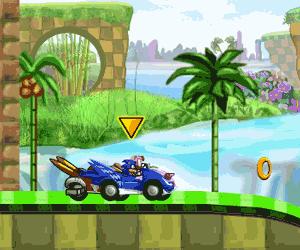 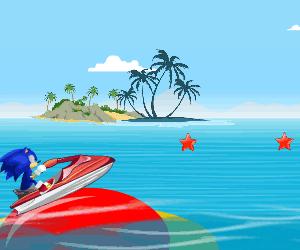 This game puts our lovable hedgehog behind the steering wheel of a jet ski as you control him to the end of every level without falling off. Use the arrow keys to control Sonic and make him speed up or slow down. Collect as many stars as you can to get high points!