Kids love fairytales; there is no doubt about that. The magic, fantasy and the colorful characters are just some of the reasons why they love them so much. Now, kids can enjoy the fun and adventure of fairytales by playing games that are themed in such a way. You don’t even have to buy a console to be able to play them as they are available online for free. Here are just some of the fairy tail game titles that your little ones will surely enjoy. 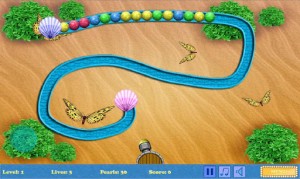 Not your typical fairytale type of game, Fairy Pearls is a puzzle title that is themed after the popular game Zuma. While the characters and the background are themed after fairytales, this is far from a simple game. The objective is to knock out all the pearls by matching them in threes of the same colour before they reach the end, which is the shell.

This is a great game for little girls who like princesses in fairytales. The goal is very simple: you can dress up the princess any way you want to. Some clothing may be familiar from popular tales. Simply drag and drop the accessories and costumes on the character to play the game.

Another dress up game, Little Fair Rini allows the player to dress up this little character by choosing from the items on the list. Use the mouse to play and dress up Rini any way you want to. 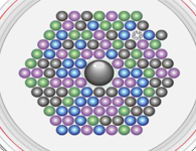 This is another puzzle game with a fairytale theme. The objective of the game is to throw the ball by means of using the cannon and hit balls of the same colour in order to take them out of the screen. Hit them in pairs of threes or higher to get points. 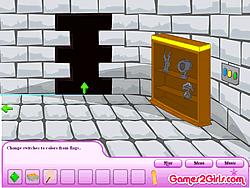 In this game, the princess has been kidnapped by the bad guys and it is up to the player to rescue her. To do this, various objects must be collected for certain actions to happen and solve the puzzles in the game. Fairy Princess Escape is great for kids as it is both fun and challenging at the same time. 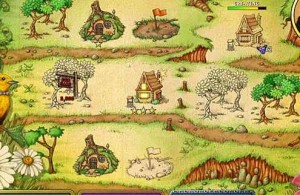 Build-a-Lot Fairy Tales is a game where almost everything goes. One can build houses, magical structures and travel across different places. There are familiar fairytale characters that your kids will surely love, of course. Build your very own fairytale town and sell structures for more gold. Plus, watch out for the dragon and protect the town at all costs! 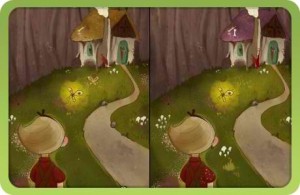 This is a “spot the difference” game in which the player will be shown two photos that appear similar but actually have differences in them. The objective of the game is to find and click on the differences to be able to move on to the next level. If your kid is having difficulty, do not worry as there are always hints available in this game. 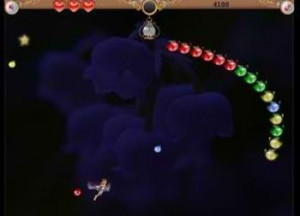 In The Light Work, the player takes the role of a fairy which has been tasked in removing the darkness which has enveloped the forest in which she lives in. The objective of the game is to catch the fireflies and transfer them to the lantern in order to complete every level. You will need to match three lines of the same shade before being able to transfer the fireflies. 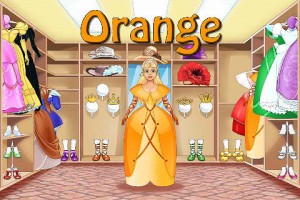 This is another dress up game in which the objective is to simply dress up the character with items that are on the list. Use the mouse to play and drag the dresses, accessories as well as the headdress onto the girl in the screen. The difference with this game is that it is stylized after anime, a popular type of Japanese animation. 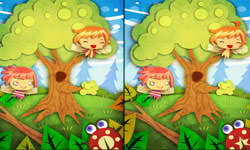 Another spot the difference game, Iris Twinkle Toes presents the player with two identical photos but with differences in them. The objective is to spot them and click the differences to gain points. This game is supported by a very serene background soundtrack which makes it even more engaging to play.