Mario is a gaming icon, and whoever says otherwise deserves to be pelted by profanities from the many prepubescent online gamers on the COD. He has been around for decades, and while his games haven’t been dazzling crowds lately, they still have a lot of worth. Mario Games, along with many other titles, have been considered the prime influences on modern platformers. From level design, to the means of eliminating enemies, the tropes have been used in games both new and old. So if you’re hankering for a dose of platformers like free online Mario games, then look no further as these titles will impress the crap out of you. 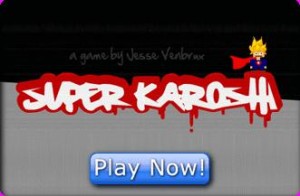 Games have always been built with two archetypical concepts in mind. The first being advance as far as you can through the collection of points, and the other being survival. Super Karoshi doesn’t want you to live through the many levels it puts you through, and instead makes you figure out the most creative ways to die. Indeed, the most fun you get out of this game is through finding newer and more creative ways to off yourself.

9. The Company of Myself 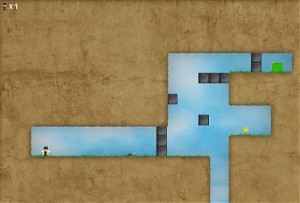 In all honesty, this game should deserve a higher spot on this list. The thing is, The Company of Myself is deeply morose, often opting to depict philosophy as opposed to making the game bubbly. However, the game is still pretty amazing, with a unique approach to the platforming genre, and the ability to make you question all your life choices. Pick it up if you want a truly new experience in platforming. 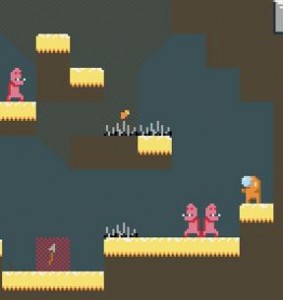 There really should be more games like Fishbane. You see, much like The Company of Myself, this title has some unique gameplay elements that are almost reminiscent of the 80’s style platformer. You control a diver, whose job it is to fight the monsters of the murky deep with his trusted harpoon. At the same time, the harpoon can be used to create new platforms and you can hop on it to make a sort of underwater jetpack. 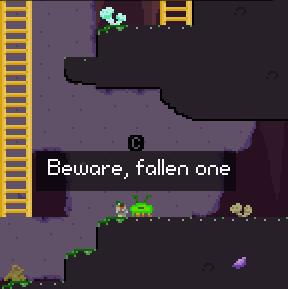 Castlevania is one of the most iconic platformers to ever come out, and much like Mario, the recent iterations it has spawned are overshadowed by more competent 3D titles. That doesn’t mean the flurry of platforming and combat has disappeared from the gaming world though. Endeavor is very similar to those old 32-bit platformers, and there’s no doubt that the game is very fun. The combat is tight, and you can handle the little dwarf with as much precision that the Belmonts were known for. Also, exploration element, yipee! 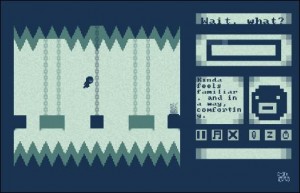 Oh boy, this isn’t a game for the casual player, but at the same time, it certainly falls within the realm of platforming. Much like switch, your task is to traverse the platforms in the different states that it is in. However, the puzzles in this game can be very challenging, but the creativity in this title is nearly off the charts.

When Mirror’s Edge came out on consoles and PCs, it wasn’t really warmly received. The game itself features some pretty solid platforming mechanics, but also fell flat when it came to polish. However, when the title was translated into the 2D format, it became brilliant. If anything, this title seems a lot like the old school Prince of Persia games during the early 90’s. you blaze a path through the many levels it presents and all the while parkouring your way to safety. It really is more interesting as a 2 dimensional game, so give it a chance before you dismiss it. S 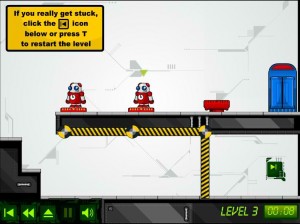 People who have missed Braid, a platforming masterpiece by the way, should check this title out before making an investment in that indie title. Chronotron features the same idea as Braid, in that time is essential in solving problems. The creativity in design really starts to show through when you start messing with time, and the puzzles are well built and thought provoking. Overall, this game can show you whether or not you should pick up Braid. 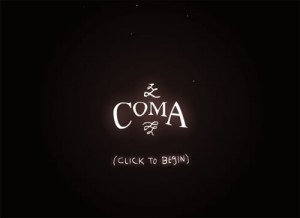 Coma is a pretty game, almost resembling Limbo without the excessive use of the gray, white, and black pallets. In this title, you are tasked with saving your missing sister while solving the many problems of the world this little blob resides in. This isn’t just a standard platformer though, as the game really stands out because of the ability to interact with other creatures in the world. As a whole, it feels more like a platformers with a splice of RPG. 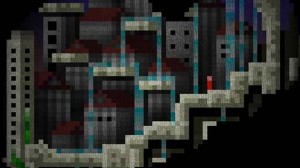 Like your game with a little more art tacked on? Well, if you do, then Small Worlds is sure to impress you. Mixing a lot of exploration with a ton of art and platforming, this game stands out in that it is pretty. There aren’t a lot of deep messages to gleaned from this title though, but it deserves this spot because it is both fun and technically impressive. 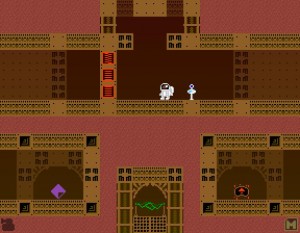 Games don’t get any more old school than this one, as it harkens back to the core tropes of the platforming genre. As an astronaut who has been stranded on an alien planet, it’s your job to collect enough crystals to fuel your ship. All the while, you’ll be able to explore a massive alien world and fight off the denizens before they take you out.