If you grew up during the early age of video games, then you might remember how cool vampires were during that period of time. They were some of the most violent and impervious enemies ever conceived and to top it off, they were already a well established enemy in many different stories. The problem about vampires of this age is that they are built around the debonair archetype where vampires are charmers. They’re pretty, smooth, and mysterious, effectively making them romantic fantasies for many different people. Yeah, there’s no such thing as vampire games online that make this entertaining, barring the different visual novels from Japan. So if you want to go and stake yourself some vampire meat, why not look at the some of the more old school titles out there. 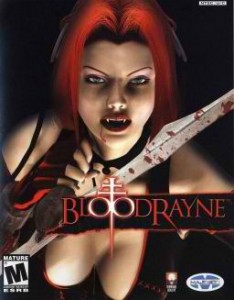 While this series is pinned for being one of the most violent action games ever made, it’s still massively fun to play. Combat in this game is liquid, fast paced, and is probably a precursor to some of the newer variations of spectacle fighters on the new generation of games. However, the story is a bit flimsy, and the hyper competent protagonist dressed in the skimpiest vampire hunting suit ever isn’t about to win any awards. The thing is it didn’t make the translation into the new generation of consoles. Other than that, you can pick up the game for the PC and Mac. 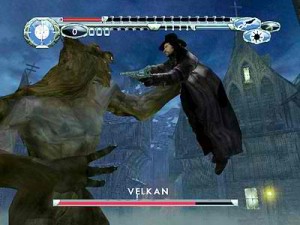 Van Helsing is an iconic figure in vampire lore; his likeness has been used over and over again. At the same time, the character itself is an archetype, serving as a figure from which many writers have based they’re own heroes. The game, which is based on the movie because the literary character is a bit bookish, wasn’t bad. The combat was reminiscent of Devil May Cry and God of War, polished and well designed in almost every aspect. The story, if you’ve watched the film, remains largely the same though. 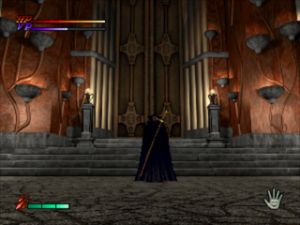 Based on the wildly popular anime, Vampire Hunter D is about a dhampir who has turned against his brethren and started using his vampiric powers for good. So yeah, the story is pretty standard in some respects. However, the game is pretty well designed and made, as the gameplay will keep you entertained. You can play this title on an emulator or a PS1. 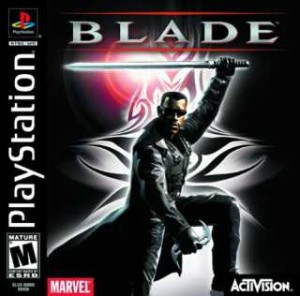 Blade is an iconic character, and ever since the movies made it big, his renown as a vampire slayer has only grown. Of course, while his one game doesn’t have much going for it, the title still maintains some good elements. Combat is smooth, but the storyline needs a lot of work before you can actually call it a plot. Other than that, it’s a good pastime for those that like to imagine that they are the “Day-walker”.

6. Night of the Raving Dead

While this title isn’t strictly a vampire game, it’s one of the funniest games to come out for the Xbox 360, Wii, and the PC. Sam and Max are two of the most famous characters in the point and click genre, and in this game, they are up against an Emo vampire named Jurgen. Spend hours upon hours of puzzle solving all the while zombies are trying to take you down. It’s funny in a lot of ways, and Sam and Max are a riot when you listen to them banter on. 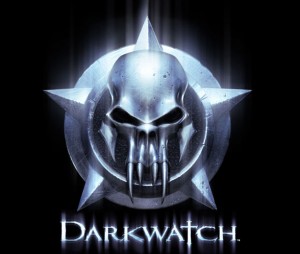 Traditionally, cowboys and vampires don’t usually mix, but in this series you’d wish there were more of the genre. You play an unsuspecting thief, who has the worst case of wrong timing ever. You see, the train that him and his partners have cased contains the very coffin of Dracula. So when he accidentally unleashes the monster from the old legends, all hell breaks loose. The weapons you use to dispatch the undead with are unique and powerful. At the same time, the morality system in play makes the game much more complicated, making you choose between the easier evil options and the good, but impossible fights. If want a further taste of the cowboy-vampire genre, check out the American Vampire comic series. 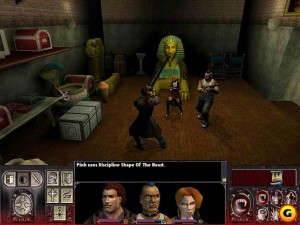 This game has a serious cult following behind it, and beyond that it also maintains a popular reputation among tabletop players. However, it’s also an awesome video game adaptation of the long running tabletop storylines. In it, you must pick and advance a charter class with different disciplines and strengths. This really puts a deeper spin to vampire lore, and the game is amazing to play. 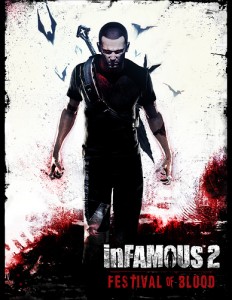 Infamous is a modern classic when it comes to superhero games, so when the finale was compounded with this little DLC, fans blew up with anticipation. In this extension, Cole has been bitten by a master vampire in New Marais. In order to prevent this curse from sticking, the player has to find and slay this vampire before the day breaks. It’s a very exciting addition to an already awesome series, so it’s worth checking out.

2. The Legacy of Kain Series 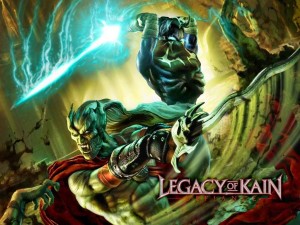 The Legacy of Kain is probably the longest series and most varied series in all of gaming. In between the epic games and the crappy sequels, this has a title has a ton going for it, and the lore is deep and detailed. At the same time, the conclusion almost completely redeems the anti-hero Kain, by wrapping up all the possible loose threads the crappy sequels made. It also spawned one of the most unique spin-offs ever. 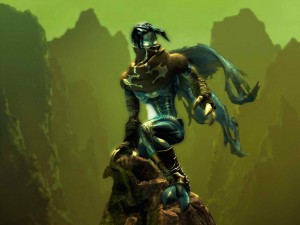 Vampires in stories, lore and games, have expanded deeply. There are so many different cultures within this fictional race that it’s impossible not to find one that you really enjoy. Soul Reaver adds another vampire class to the long list of creatures that populate the lore; the wraith vampire. Soul Reaver is probably one of the best games in the Legacy of Kain series, and it’s a waste that they never thought to give Raziel his own game. Check it out on the PS1 or an emulator and be ready to be impressed.