Wipeout, the tiny little game by a few industrious developers, is a little surfing game that can either feature a real surfer, or a multiplayer romp with ed edd and eddy. Both titles have their merits as flash games, but the thing here is that there are other titles out there, both recent, and old, that are overtaking the popularity of this game. That’s not a bad thing though, as one game can get boring. Even the legendary Skyrim lost its charm after a year of constant references and gameplay footage. This is why, sometimes, it’s totally okay to look around for other games to play, which is why you should check out other titles similar to the Wipeout Game online. 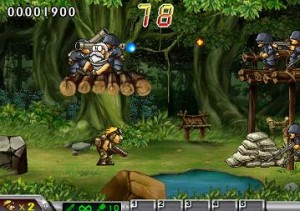 The essence of Wipeout is that it gives you a lot of choices for adventure. While that adventure is pretty limited to the ocean, it still counts at some point. Metal Slug offers a lot more adventure, in the form of a side scrolling shooter whose levels range from military complexes to alien ships. There was no real plot to the game but in the end, it didn’t need one. It carries itself on fast paced action sequences and a lot of fun upgrades that keep the shooting action interesting. 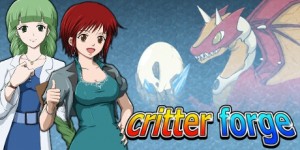 Okay, so while the whole Pokemon thing is still popular, not everyone can afford to buy a handheld just to enjoy the massive series. This is why a lot of developers have gone out of their way to make some games that feature creature games that almost have the same premise. Critter forge is one of these kinds of titles, but it executes gameplay really well. Basically, instead of evolving one or two critters at one time, your lab is designed to speed up the process. This makes battles a little more fun and frantic, and often, your experiments can be as absorbing as the battle itself. The game’s also an MMO, so you get to interact with other people. 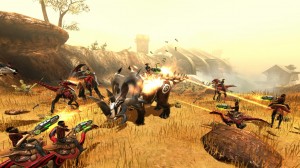 There hasn’t been a good dinosaur/cowboy mixture in games for a while. The last title to try this formula and succeed was Turok, and that was a very long time ago. This is why flash games are so entertaining, because they usually take the risks that AAA companies don’t. Dino Storm is one of those risks, and it pays off in triple fold because you get a fun title that’s free. It plays with a bit of micro managing, spliced along with some combat mechanics that will have you fighting off hordes of dinosaurs, and pillaging bandits. Overall, it melds together well. 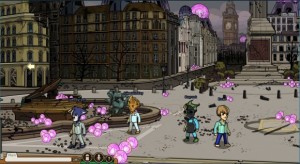 Fans of the long running series rejoice! The dear Doctor finally has a game to call his own, although it isn’t a AAA title. That shouldn’t stop you though, as the flash game is fully supported by the BBC, which means you get the right lore. Much like the other games on this list, this title jumps on the adventure theme, bringing you through countless eras and periods while solving the mystery to why there are so many magic items on earth. 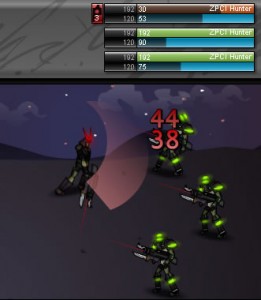 While this game isn’t necessarily adventurous, it does take a different approach to the zombie genre. Strangely enough, this game takes the RPG genre, and twists it to fit another theme. Sonny, the zombie you control, must fight the human hordes hunting him. This is done with ever classic turn based combat system, which works well considering the overall premise of the game. Beyond that, it features the same stuff that RPGs usually use in order to keep a game interesting. 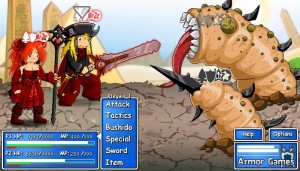 A series of games that has been making its rounds around the net is rare considering the average lifespan of a flash game. Epic Battle Fantasy breaks this mold though, as it takes the RPG formula and creates a title that is beloved by grinders and RPG fanatics alike. The system functions the same all throughout the series, but the massive amount of loot and skills make this series feel like Diablo for flash.

Adventure is often connoted with stuff like whips, derelict planes, and ancient ruins atop awesome mountains. You know what it isn’t associated with though? Toilets. This is why the unique thing about this game is that you take a long trip through the different eras and time periods much like Doctor Who, but on the loo. Much like other launcher games, this title relies on the charm of the premise. However, as a bonus, you are treated to a colorful backdrop featuring different time periods. As you break through each fold, so too does your toilet change. 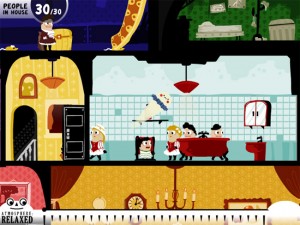 Okay, so this title isn’t really about adventure, but it does earn this high spot for a reason. The name describes most of what you’re going to be doing in the game, mainly just haunting the residence. You take control of a ghost, who then takes control of objects around the home with the objective of scaring everyone out. As you get better at scaring, your power also increases, but be sure to remain sneaky, as too much surprise can hurt your guests.

How can you go wrong with adventure when you get to play as a robotic mythical creature? Well, apparently this game took the world by storm when it first came out, and remains one of the most played flash games online. It’s an endless runner, with no real reward other than the statement “your dream came true” if you score well enough. Strangely enough, tons of people love this game to death; even critics have praised it. 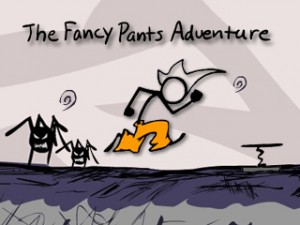 Probably one of the most well animated flash games today, Fancy Pants Adventure feels like a throwback to the classic Sonic games. At the same time, it sort of does the running thing better than Sonic, and you are treated to a pretty little world with a really well articulated stick figure with fancy pants. This is definitely worth a look for the level design alone.