So you’re finally done playing all those free flash games, and you’ve gotten tired of all the titles that keep cropping online. If you are, then you’re probably sick of gaming in general, and that kinda sucks in its own right. If you need a reason to believe in gaming again, well, maybe you’re supposed to change up the formula and finally get over the Gold Rush game. There are a lot of games out there that will prove that gaming still has a lot of worth attached to it, and most of these titles are going to be about how games are becoming art. So if you really want a change up the games you play, try these ten out for size. 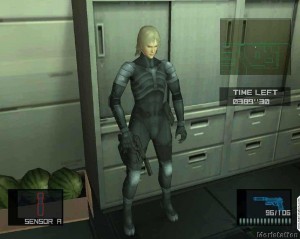 The beauty of the Metal Gear Solid series is that they’ve always been about concepts beyond the norm. Surprisingly enough, the second installation in the Solid series predicted something no one did during these early times. The climax of the game focused on the concept of the internet and freedom online, and it spoke with eerie accuracy. The reason why this game was art though, was because it focused on brilliant game design along with a concept, which delved into censorship. Along with visuals that were considered stunning at the time, the game was one of the most awesome in the series. 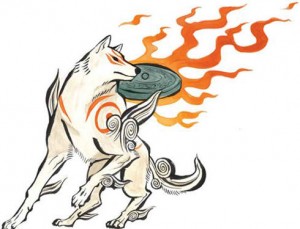 If you think about art, you’re probably going to think about canvasses, huge orchestras, and even giant cameras. Okami approaches art in gaming the same way a painter would; with pretty colors and aesthetics that really made this game pop. While the gameplay was a bit lacking in some sections, it made up for it with unique design and a story, which was funny and gentle. This means you can play this game with your kids around, and they’d probably love it. 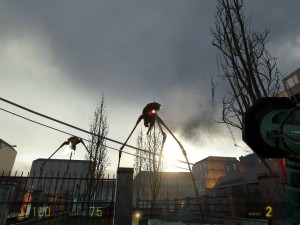 The Half Life series has always been regarded as one of the most high-minded games in this generation. This is because it took the standard approach to narrative, and turned it on its head through creative design choices and a world that felt hostile. To simplify the achievement of the game; it told a story through action, as opposed to exposition, and that’s what games so appealing in the first place. As of late, the title got a lot cheaper on the Steam system, so go and pick it up now. 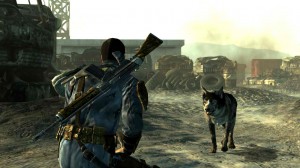 There’s no games series that has a garnered more respect than Fallout. Drawing influences from so many different sources and combining them into a game which wasn’t only fun, but grim and frightening at the same time. Like a literal clock stopped in time, this game took the premise of nuclear war and made it into a game. At the same time, this series popularized the whole Post-Apocalyptic genre, and then so many games had their way with that genre. 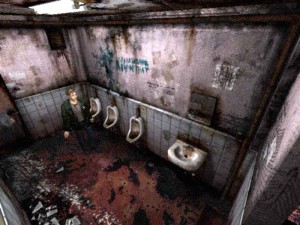 Horror is one of the most fantastical forms of art ever made. Often, it bridges comedy, tragedy, and fear together into one story line, and it does so with class and style. Silent Hill 2 is the story of a tragic young man who is in search of his long dead wife. So you may wonder why a horror game would make this list and not a game like Dear Esther. Well, at the end of the game, it started to question the purpose of gaming protagonists and it also wove a tale that was tragic and fun to play.

5. Most of the Games by That Game Company

Journey, Flower, or flow, take your pic as these games are all some of the best reasons why gaming should be named art. At the same time, they should be able to bring you out of your gaming slump because their fun, and you can interpret them any way you want. They’re also truncated by beautiful aesthetics and brilliant game design, and they’re fairly cheap, so you can play all these games easily. 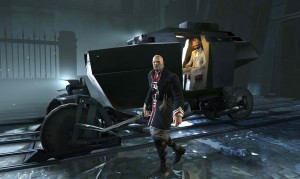 Dishonored doesn’t have the best story in the world, and while a lot of the gameplay mechanics were good they were also ripped out of Thief and other established series. So why should a game like this be on this list? Well, because it was fun, and the world and art style felt like it was an animated oil painting. Everything you did could change the very environment around you, and when you did choose different paths, you would often find that the world would shift with you. 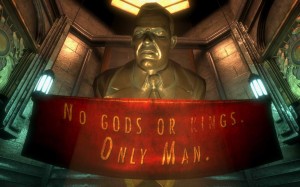 In order to prepare your mind for a game like Bishock, all you really have to do is read up on Ayn Rand. Once you’ve done that, imagine the world in Atlas Shrugged gone wrong, and set a couple of hundred miles in the ocean. Once that image is in your head, you have pretty clear view of what Bioshock has to offer you. The world is detailed, the story, while drawing the spotlight more to the supporting cast, was an Ayn Rand dream gone wrong and it all came together in one of the most surprising climactic moments ever. 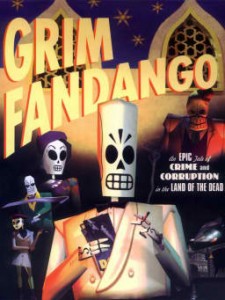 Grim Fandango is a morose experience from a one of the greatest story tellers in gaming history. This title isn’t about saving the day, or some about some world ending dragon come back from the dead. It’s a game set in a Casablanca aesthetic, with a reaper named Manny taking the main stage. Basically, this game is more like Beetlejuice, only viewed through the lens of death. There are some prevailing themes, which will really make you think about the purpose of story telling in games. In fact, it remains a game that is almost unrivaled when it comes to linear story telling.

1. Shadow of the Colossus 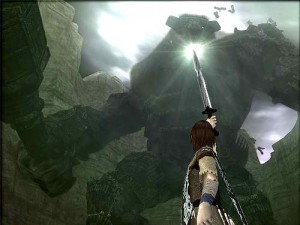 If there’s a game that really encompassed why art is obviously a part of the industry, it’s the Shadow of the Colossus. You play as a young man, saving a young woman from death by adhering to the rules of a titanic god. This god send you on a quest to slay many mighty colossi, but the trick is that not all of them pose an actual threat to you. While the prevailing theme speaks of sacrifice, the true star of the show is the sheer bigness of the world. Being a small part of a ritual set before you almost fell by the wayside as you watched titans tower over you. All the while you ride through a rolling plain of green.