Okay, so if you’re really looking into the Kill Justin Bieber game, then you might have some issues with violence, or enjoy comedy. You see, the idea of taking out the Internet’s most hated enemy is sort of visceral, and while the fantasy is kind of morbid, there’s some inherent humor in it too. This actually brings another point up – the idea of great comedic games on the market. Of course, there are titles which are still funnier than others, which is why you might want to check out these top ten comedy based titles that are sure to make you smile. 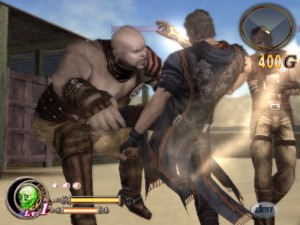 Irreverent Japanese anime humor has always been a touchy subject as it always tries to touch on taboo. God Hand is the same way as it features some risque jokes and characters, which often try to cross a line. In fact, there are twins in the game who are most likely homosexual. Basically, God Hand plays on these themes constantly and it does so with such little regard for sensibility that it ends up being hilarious. The problem with this game is that it was only really released on the PS2, so you might have to dust off your old console and go on eBay just to find a copy. 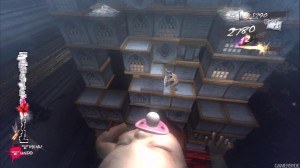 Moving on to more recent endeavors in humor, Catherine is another Japan made title, which features a young man dealing with the consequences of cheating on his girlfriend. It’s a stable enough concept, but the problem with this game is that it mixes in the familiar Japanese taste for absurdity. However, even though its humor is primarily situational, the game does try to delve into the actual impact of infidelity. It does so very tastefully, but it does add in that demon story arc, so you might have to jump into this game with an open mind.

Gaming is in an era where first person shooters are the title to beat, and clones pop up nearly everywhere. In a time when gamers are forced to slog through roves of mindless bots, one game clearly chose to mock one of the more famous series. Magicka: Vietnam, is a sequel to the already hilarious Magicka franchise and in order to top the predecessor, this title moved on the gritty world of war in Vietnam. Of course, you’re still pushed to use your magic powers, but at the end of it, the game is hilarious, just check out the trailer art for the game.

Yet another game genre that has been done to death is the medieval hero setting. While titles like Baldur’s Gate and Skyrim prove that there is a lot to be loved in the genre a lot of other simply clone the experience. This is why the Bard’s Tale was such a breath of fresh air because it basically took that genre, blew up the tropes to extreme proportions, and started sling snark at them. The odd combination of good combat, angry narration, and humor that a lot of DND players will understand somehow worked for this title. Keep in mind, this game’s a little old, so you might want to check around online on how to get it to run on your PC. 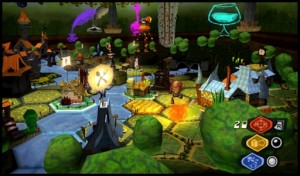 Tim Schafer is one of those rare game creators that really think out the box. Often, his games are unrestrained in the department of strange yet whimsical humor, which inevitably made them cult classics. Psychonauts is one of his most overlooked games and that’s a shame because it had the best writing for a plaformer. Combining both fun gameplay and design centered on comedy, this title should have been a hit, and maybe should have become a new series, but instead fell by the wayside. That is until it popped up on Steam for a couple of dollars. Pick it up now; it’s cheap, fun, and the creators of the game really deserve the recognition. 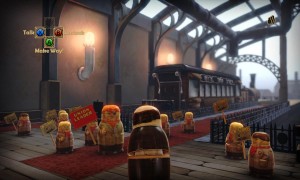 Tim Schafer has a weird habit of making it on lists. He’s on tons of humor countdowns, underrated games lists, and a lot of others, which is why him and his team need a lot more recognition. Stacking is one of his more creative titles, but it revels in the same comedy that his older games were so good at. Here, you play a Russian nesting doll, in a world filled with nesting dolls. The objective of the game is to find the right doll for the right situation, as you can hop in any one of them at any time. Stacking is also obscenely adorable being that you play the smallest doll in the group. 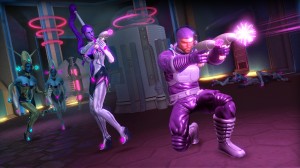 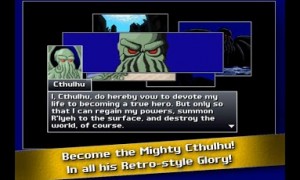 H.P. Lovecraft is one of the most iconic horror writers of all time. Influencing film makers and authors was not enough though, as many of his creatures also made big waves with the gaming community. This game takes the premise of ancient Gods that make people insane and turns it into a JRPG esque comedy. You see, Cthulu, the God that is tasked with destroying the earth loses his powers, and in order to regain them, he must save the world with the help of his many followers. The contradiction in the writing is great, and it’s worth a look if you happen to like HPL and JRPGs. 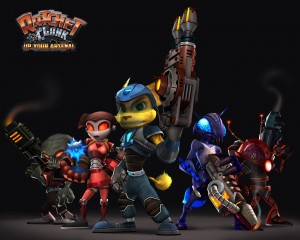 There was a time when platformers were the order of the day when it came to games. At least one was pumped out each month and developers scrabbled furiously at new IPs that contained even a hint of platforming. Ratchet and Clank was one of the more successful series during the reign of the PS2, and it did so while keeping humor close to heart. 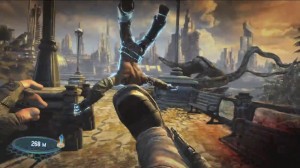 The more things change the more they stay the same. That is one of the most iconic quotes from the Modern Warfare series, and it proved to be a self fulfilling revelation. There have been countless “realistic modern shooters” pumped out of the industry ever since that game made its huge splash. So there was never a better time for Bulletstorm to rear it’s foul mouthed head. Featuring a ton of jokes and situations that poked fun at Bro-dude relationships and realistic shooters, this games was a revelation. At the same time, the game did it with an altogether un-realistic assortment of weapons and skillshots.