Whether you’re a cop chasing a perpetrator down a busy intersection or you’re a robber trying to make a getaway, police racing games are truly fun to play. Over the course of gaming history, there have been many platforms in which cop-based racing games have been released and some are more popular than the others. However, there are a few titles that really stand out from the rest in terms of graphics, game play and playability. Here are some of the best police-themed racing games that you can play on your computer as well as other platforms. 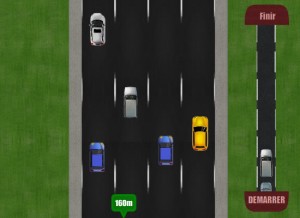 This is a free online game that you can play on your computer. Highway police is very simple to play. You control a cop car and you need to chase down a few cars in every level and knock them off the road. Of course, there are numerous cars in traffic and you need to move out of the way in order to maintain your vehicle’s health. The controls are simple and you use the arrow keys to move and accelerate as well. The game comes with a rocking background soundtrack that makes playing it an exhilarating experience. 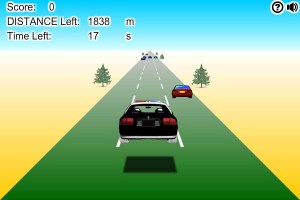 Crazy Police Car Game is one that you can play online for free as a Flash-supported title. In this game, you need to drive as fast as possible to get to the end goal in the shortest amount of time. If there is one word to describe this game, it would be unreal. A car that jumps to avoid other cars is what we have here and it seems like this game was designed for kids. There is no music to it and the sound effects are a bit cutesy but nonetheless, it is a fun title to waste your time with for a few hours.

8. Need for Speed: Most Wanted 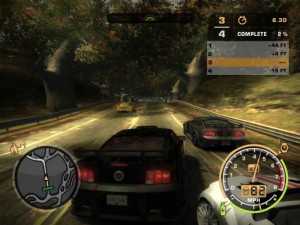 This is a game that was popularized in platforms such as the Xbox 360. In this release from the Need for Speed franchise, you are an “enthusiast” that races around the city with cops trying to stop you from every corner imaginable. You will have to use your wits and driving skills to make sure that you have a clean getaway. There are different racing types in which you can battle other racers, buy new cars and use the open map to hide from the cops trying to chase you down. 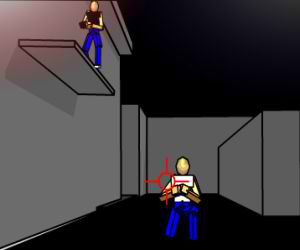 Another title that is a free online game you can play, Virtual Police is similar to the arcade games you may have played in terms of being a first-person shooter. Although the graphics are quite simplistic, this title makes up for its awesome sound effects and playability. The controls are quite easy to use and navigation is automatic so all you have to do is point, shoot and reload. Your objective is to take down the bank robbers in the building to win the game. Of course, a lot of enemies and bosses stand in your way. While it may seem like you are controlling a character, you are actually in a car moving inside the vicinity. Cool concept, huh? 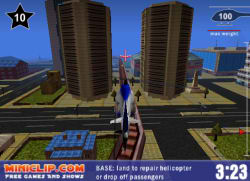 This is a game that is quite unique as far as police chases go. Instead of using a car, you are a piloting a helicopter and you need to accomplish a lot of missions to be successful in the game. Find the targets and take them out by using the special skills you have in the police chopper! A truly challenging experience! 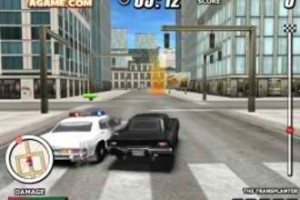 In Lose the Heat, you are on the other side of the law. Drive your way through roads and avoid obstacles in the hopes of getting away from the cops trying to hunt you down. This title is fun to play because it is a feast for the eyes as it is three-dimensional, similar to car chase games for the console. However, this is one that you can play online for free. 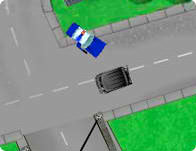 If you have ever wished to be an accomplice to a heist but never wanted to try it in real life, now is your chance to live that fantasy by playing Getaway. In this game, you are the driver of a car who needs to get his criminal friends to safety after a robbery. Of course, the cops are hot on your trail and you need to weave through traffic to get away from them. 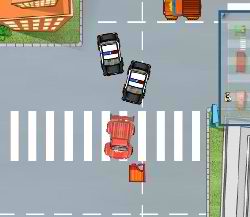 FWG Pursuit pits you in the driver seat of a criminal who has just robbed a bank. Get to different points in the city using your Hotrod to drop off your loot in various checkpoints in the game. Afterwards, you will need to get to your safe house before the cops find and catch you! The good part of FWG Pursuit is that there are various objects throughout the map that can help you make your getaway. 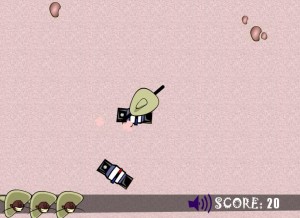 A game that puts a new idea in an old concept, El Emigrante is another car chase game that has you playing the role of an illegal immigrant from Mexico on the run after crossing the border. Cop cars are swarming all around you and a clean getaway is a must. The only trouble is, you are using a bike to get away from them all. If you want something that is truly challenging, this is a game that you absolutely need to play. El Emigrante is a free game that you can play online. 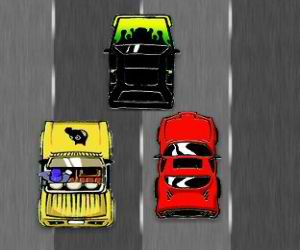 Highway Hunter is a title that allows you to go postal on the road. The objective of the game is very simple: destroy the other cars on the road while avoiding the cops who are chasing you. Create mass hysteria as you blow up all the other cars in traffic in this top down arcade type racing game.