There is an animalistic side in all of us that sometimes just wants to get out and go on a rampage. As such, society does not allow us to do that or else we would face dire consequences. If you enjoy games that deal with violence, you can always play them on your computer or console. In this list, we have a list of the top games that deal with killing. If you want to play killing games and have a great time at it, here are some of the choices you can pick out that will surely enthral your senses. 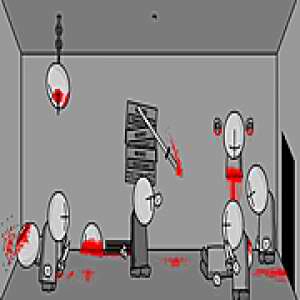 Mr. Madness is a game in which you will absolutely not survive in the end. The question is, how many others will you take with you before you get killed and what methods would you use to dispatch of them? Although the game is simplistic in design and the graphics aren’t too grandiose, it makes up for the amount of simulated gore when you kill other characters in the game. 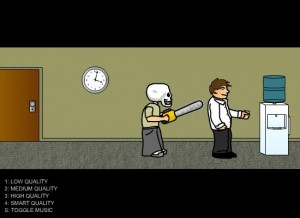 Skull Kid is a game where you play a character which has gone postal and dons a skull mask while going on a rampage inside an office. Armed with a chainsaw and other weapons you can pick out in the game, take out all the workers in the office floor by floor until none of them is left breathing. A very simple side scrolling game to control, Skull Kid is mayhem in an awesome little bundle of joy. 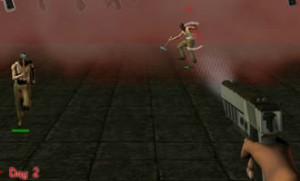 If you are familiar with the classic game Doom, this is somewhat like it. As a first-person shooter type of game, 13 Days in Hell pits you in a character which is tasked in killing the minions of hell that are coming to Earth. Conserve your bullets as you take out a seemingly never-ending onslaught of monsters and demons. If you are after something that is exhilarating and terrifying at the same time, this is the perfect killing game for you. 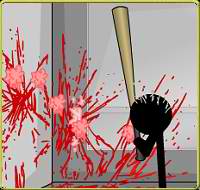 The highly anticipated sequel to the original Stick Figure game has now arrived and there are more ways you can torture, maim and kill your victims. Although the characters are basically stick figures, the amount of violence and gore is still not for the faint of heart. However, if you enjoy maiming in games, there is no better title than this one right here. 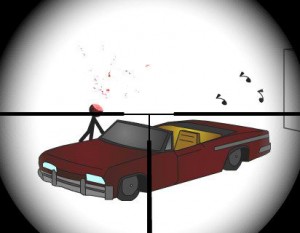 Another sort of stick figure type of game, Clear Vision 2 is the sequel to the original title of the same name and you take the role of a sniper. There is quite a bit of a back story here which will unravel as you progress along with the game. Nevertheless, the amount of brain matter spilled makes Clear Vision 2 an awesome game that deals with killing and simulated violence. 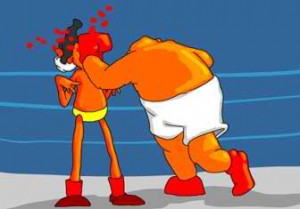 If you hate Bin Laden and have always wanted him to be on the receiving end of your wrath, this is the perfect medium to do that. Osama Sissy Fight is a game in which you are a boxer who can do anything he wants to Osama, his enemy. Jab or land a left hook on his face and make blood spew out, or give him a low blow and give him death to put him out of his misery. It’s all entirely up to you.

4. The Hills Have Eyes: Mutant Massacre 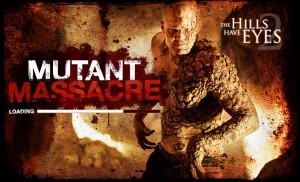 Based on the popular horror film, “The Hills Have Eyes: Mutant Massacre” is a first-person shooter game in which you need to kill in order to survive. Your character and a friend of yours are trapped in an abandoned mine and the only way out is to shoot through these mutants that seem to have gone straight out from hell. If you have never killed before, you surely will now or else it’s your head you will have to pay with. 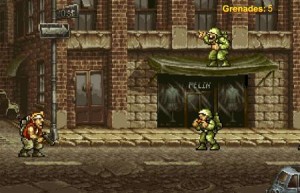 As one of the classic side-scrolling shooter games, metal Slug Rampage 3 is nothing short of a one-man war machine. Use your gun that has no limits with its ammo as you shoot through anything and everything in sight until you get to the very end. The plot is simple: kill everything that stands in your way. 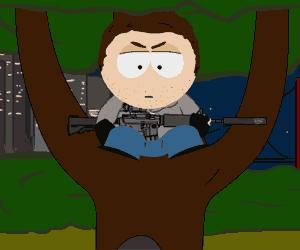 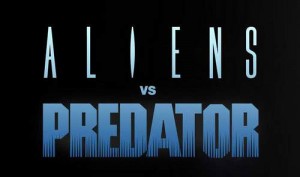 There is no way out for you as the Predator. You will eventually die in this game and there is nothing you can do about that. However, how many of the nasty alien scum will you be able to wipe out before you meet the inevitable? Kill as many aliens as you can before dying as well.