If you’ve heard of Dr. Seuss, chances are great that you know his most iconic works and probably know about his many quotes. The author himself was one of legendary status, always making it a point to promote empathy, philanthropy, and simpler messages like sharing through his many books and short stories. The best part about them all is that they were aimed at kids, but their ideas reached out through the ages. The Cat in the Hat games, while lacking a bit of the Seussian flair, still throwback to an important piece of literary history. So if you wonder why story telling is so important to games, then maybe you should ponder on these ten reasons.

It wasn’t too long ago that games were boiled down to objective clearing. This is true as evidenced by the many titles that focused upon getting the highest score possible. Games are oriented in that manner after all and usually, they function to help you achieve that goal. Stories give the inspiration to keep you going on that same path as progression starts to set in. It can have the ability to make a world come alive around the player, and sets up many different possible arcs, which you can follow. Most of the time, the arcs are also laser focused, giving you a more personal purpose when playing a game.

9. Stories in games have evolved

During a brief stint in the early ages of gaming, some developers started to try to add some meat to their titles. However, there was only so much you could do with a 32bit art style and very little space to create your game, so gamers were treated to stuff like “Are you BAD enough to save the President?”. This is probably the closest gaming has come to B-movie style story telling; they were cheesy and played the “manly” card more often than not. Games have grown from that and have reached a stage where story telling becomes integral to the whole experience. A great example of brilliant narrative and story telling in games is the Walking Dead game.

The great thing about games is that over the span of its evolution, more mature audiences have become attracted to the ideas in games. Surprisingly enough, with this influx of older players, story tellers have started to adapt older sources as well. The game series Uncharted is about an adventurer named Nathan Drake. Throughout his adventures, many historical figures are often referred to, and in the newest iteration of the game, they start to refer to T.E. Lawrence and his fantastic book ‘Lawrence of Arabia’. Enslaved: The Odyssey is completely based off of an ancient Chinese epic.

7. Story telling in games can have a deep impact on some people

Above one major title was mentioned, and it isn’t on this list for now reason. The Walking Dead, which is based off of the comic book series by Robert Kirkman, tells a delicate story despite being set in a Zombie Apocalypse. It does this by reaching out to the player through its many characters and by developing relationships between them. Needless to say, the finale had many people in tears and many more clamoring for a continuation.

6. Characters in these stories have also grown up 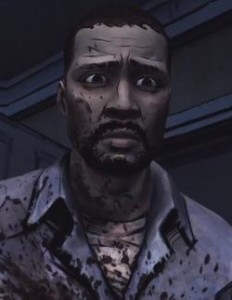 Gaming protagonists have always been a predominantly male bunch, and even when there were a few females in the mix, they usually pandered to male audiences. This hasn’t changed much over the years, but there are a select few Heroes and Heroines that have looked to change that formula. John Marston, the Anti-Hero of Red Dead Redemption, was supposed to be another run of the mill gun fighter from the west. Alyx Vance, the perky sidekick in the Half Life series, was supposed to be just another trope in games. Commander Shepard was supposed to be just another hyper competent space commando. Instead, they all transcended the standards of protagonists, and were written to prove that characters in games can stand for something.

5. They can create a shared experience of stories 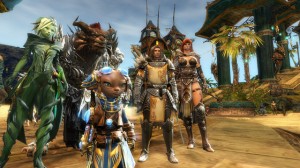 MMOs aren’t widely known for breath taking story telling. They simply can’t have the capacity to accommodate personal story lines because there are millions of people playing at any one time. However, what it lacks in close stories, it makes up for in shared experiences within groups of players themselves.

4. Entire worlds are molded and tell stories of their own

If you’ve managed to get your hands on a copy of Dishonored, then you know what it is to be treated to a world that feels organic and real. At the same time, your choices can also impact that same world, changing the very environment radically from what it once was. For better or for worse, the change you enact in the game will mold the world into a new story of it’s own. 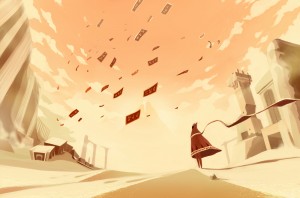 Story telling would be nothing without proper narrative and that’s just plain old fact. In games, narratives have been taking on a different form and meaning, you see, they are now using gameplay as a means to tell their stories. Mechanics within titles are used make you feel a sense of progression, beyond that of just leveling your character. At the same time, games like Journey remove all verbal narrative, and instead tells its story through the world.

2. Stories in games can enrich a message 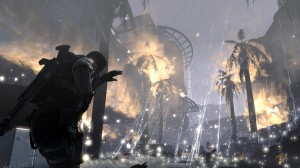 Sometimes metaphors in literature and in films can only go so far. A message from a book can sear itself into your brain, but it can only go so far at times. Along with that, movies also choose to show off messages in a visual medium, using imagery to act as metaphors and to enforce themes. Games instead use action to prove that message and sometimes divert from it altogether. The message being set up by the story teller can become a lot more meaningful when coupled with characters you can interact with and protagonists with which you can relate to.

1. Games choose to put a story into action 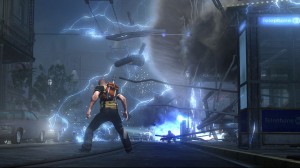 In many forms of media, you are always just the spectator. You are subject to the message, the plot, and the actions of the characters. While you can appreciate these things for what they are, that feeling of inactive viewing lacks one thing that games bring to the table. Interactivity is what these games bring and that’s why people keep coming back. In games, you actively mold the story and sometimes the world around you, and these actions feel as if they have weight.