Of course, if you do not use your brain as often as possible and if your brain is no longer as sharp as it once was, then there’s going to be a huge problem later on in the future. Just imagine, your work will just be so much harder than before and it’s more likely that you will become forgetful. Here are some of the best speed games that you can play online and that will guarantee to tickle your brain cells like never before. 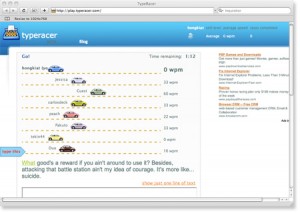 How fast can you type per minute? Would you like to know your speed when typing words? Of course, accuracy is also a factor and if you want to do something that will thrill you down to your toes, then playing this TypeRacer game online can be a great idea. What this game does is it presents you with some sentences that you have to type as fast and as accurately as possible. Make sure to capitalize the letters that need to be capitalized otherwise your time will be longer than you hoped for. 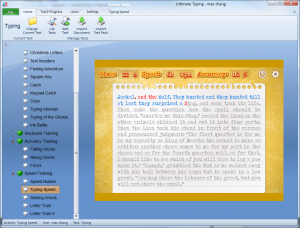 Another great game that can work your brain is some keyboarding games that also help gauge your typing speed. Compared to other typing games though, this one in particular allows you to compete with other users and ranks you according to your typing speed and accuracy. Plus, this typing game in particular gives you an entire story to type making its result more accurate compared to others that only give you a couple or words and sentences. 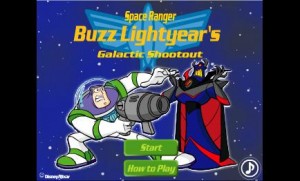 Children will really be able to test their speed when it comes to shooting their enemy with this Buzz Shooting game. All you need to do is defend yourself using your Buzz Lightyear gun and shoot as many enemies as you can in the shortest possible time. Other than this, this game requires you to shoot your enemies as accurately as possible so don’t just fire your bullets away because reloading might take some time too. 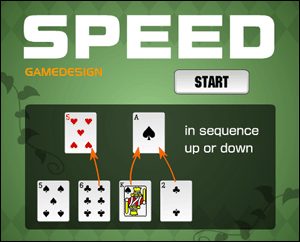 Why should you play solitaire all by yourself when you can play it with other people? This Card Speed Game does exactly that and more. It challenges you to concentrate and think fast because your objective to drop the first card that you can find as long as it fits your game board. Remember, you have to always be accurate otherwise you will get deductions in terms of points. 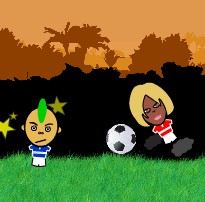 Flying Headers is a fun and exciting online football game that is of course centered on speed. Just like the usual football game this one requires you to hit as many goals as possible. Since you will be part of a team, you need to do your best so that your entire team will win and advance to higher levels of competition. Master the key buttons on your keyboard that will make it possible for you to get through a game as swiftly as possible. Watch out for roadblocks along the way because some members of the opposing team might be stronger and bigger than you.

Another exciting speed game you can play online is the Speed Racing game wherein you will be required control a race car, go through different tracks and just be as fast as you can. In this game, you can compete with other racers or play with your team. You can choose your own cars model and color and can also choose your persona. 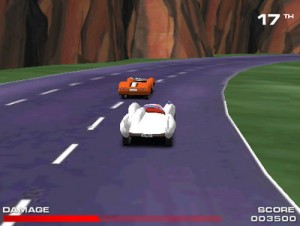 Just like Speed Racing, this Speed Racer game pretty much does and requires the same thing which is speed and accuracy but what makes it different is that this game wouldn’t require you to compete on the race track and with a car. Rather, you can find several different mission games that will test your speed and accuracy by killing the enemy, reaching destinations and so many other options as well. 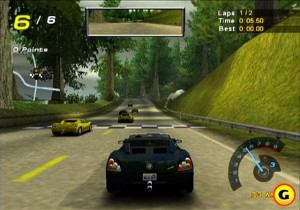 The Speed Car online game was created by the people behind the Matrix trilogy. This game as its name suggest is pretty much focused on racing. What makes this racing game different is the fact that it employs more key functions where your cars cannot only go forward and backward or accelerate its speed, you can also make your car jump and steer by using the shift and left and right buttons simultaneously. You can also use a weapon to make your car more powerful by pressing the space bar.

2. The Fast and The Furious Street Racer 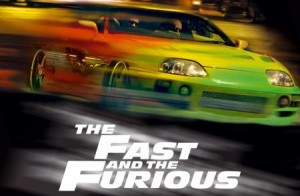 Another speed game you will definitely fall in love with is the The Fast and The Furious game. What makes this one standout is its wonderful user interface that is unlike no other. The same goals and rules apply and you have to win in order to get to the more advanced levels and have a more competitive edge. Your scores get recorded too so you can always pick up where you leave off at any time. 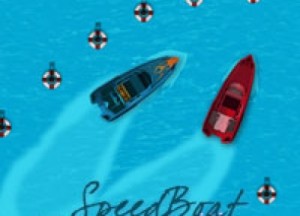 Another very exciting speed game online that you will surely enjoy is the Speed Boat Runaway wherein your main goal is to basically get to your destination within the shortest possible time. You will meet challenges along the way and the best action to get ahead of these would be to fight against these challenges and impulsively act on your toes at all times. Anticipate the challenges that lie ahead, this way you can get past them as easily and as quickly as possible.