Gamers who are a little bit older than most others, often get a hunger for a game genre that has been around for a long time. In fact, there are those that started out their gaming hobby through these kinds of games, and that’s because they are good. These are of course the old school RPGs that used to be the talk of the town when gaming was young. You see, RPGs used to be the games that really took you to different worlds. The FPS genre was still very young back then and other types of titles were sometimes hard to grasp and control. Which is why there are so many free online RPG games with no required download out there today. Of course, there are those that shine out more than others, so with that in mind, here are the ten you should try out.

Monster’s Den bears a huge resemblance with those RPGs that were released during the late 80’s. A hand drawn art style and a heavy leveling and looting system aren’t the only things that seem ripped right out of time in this game. In fact, the very meticulous attention to detail only lends to make it more of homage, but a good one that is certainly worthy of a look. It’s available on your browser, so it would be a waste if you didn’t check it out. 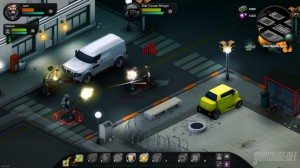 Since MMOs are all the rage right now, and technically they still follow along with the RPG formula, it would be a waste not to mention this title. Gunshine is a top down shooter that features a simple leveling system with a lot of weapons. Battles are hard won and frantic, but the game is generally a great one. Similarly, it also looks a bit like the old Fallout series before the big leap to full 3D. 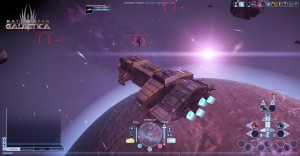 Tired of all the old tricks those RPGs pull on you? The same turn based fight systems you have to plod through in order to grind for that next boss? If so, then maybe a real space flight sim might be for you. Featuring customizable ships and a lot of fellow space fighters, this game is a step forward in browser based titles. As a disclaimer, there is a download necessary before you can play it, but the title runs on a browser so it won’t be too much of a hassle. 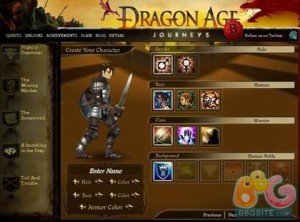 This title went a very long way from being an extra Facebook game attached to a premier AAA RPG. First off, the game wasn’t supposed to be a permanent addition to the Bioware line-up, but growing popularity and the ability to enhance your console game through linking made it a must play. At the same time, it stands as a pretty good RPG on its own, boasting an expansive leveling system and a party combat system.

Okay, so while Mardek is a single player game, the compelling story should be enough for you to start playing the game. Boasting some very deep dialogue and interesting characters, this browser RPG rivals even Dragon Age. The aesthetics of the title are also centered on the old school Final Fantasy, which makes it sort of refreshing from all the 3D games that come out each year. It’s also got quite a bit of story to tell, so you know you’ll be playing this game for a while. 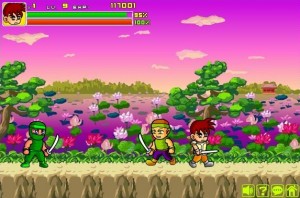 While the cartoony art style makes it seem like this game was designed for kids, don’t be fooled. This game does not take the traditional route that other RPGs take, and is instead more reminiscent of Jade Empire. In it, your character must learn and master martial arts in order to fend off the many enemies that plague him. The game is a side scrolling action fighter, and learning the right combos can often mean your victory or defeat.

King’s Island is a bit of a strange one. Yes it is an RPG, and yes it does contain a compelling story line, however, it feels a little confused at times. That is what makes the game unique though, as the mechanics and the level system will surely keep you coming back to have just one more session. Be forewarned; the controls are limited to the mouse, so the game is held back by clunky mechanics and wonky combat. 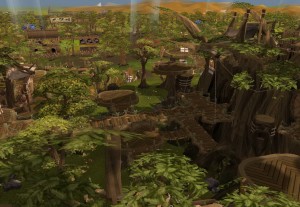 Do you fancy an old school MMO that has been around for years? Well, there’s no better choice in MMORPGs on browsers than Runescape. The title has been around for so long, but it hasn’t lost any of its fan bases. In fact, the game has grown over the years, and that’s probably because of the high quality it boasts as a game. 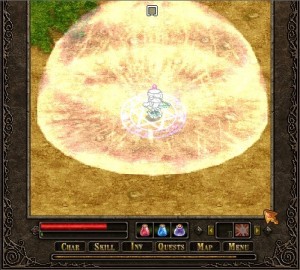 Yet another single player experience falls upon your lap, but this time, it may be the one that really sucks you in. First off, the graphics feel like they belong in other, better known titles like Chrono Trigger. This is a high point in the game as it doesn’t eat up a lot of your resources. At the same time, animations are gorgeous, often making every battle look great and every interaction intimate. Lastly, the combat and the leveling is a delight to try out, giving you a ton of options to play around with. For a browser game, Arcuz feels like it should be on a console or a handheld, which works to its favor well. 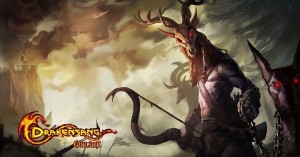 Featuring some of the best 3D visuals for a browser game, an intuitive combat system, and a huge looting system, Drakensang takes the cake when it comes to free titles on browsers. This game borrows huge chunks of its gameplay from other dungeon crawling delights. However, this makes the game even more interesting as it does all these elements extremely well, and with no fault. If you ever try out just one browser game this year, make it this one as it is well worth your time.