Everyone loves a good brain teaser every once in a while, and puzzle game fanatics would know this fairly well. However, beyond the simple fast math games, there are different sorts of titles that touch on a different aspect of intelligence. Games mostly like to illustrate this through epic storyline and sinister villains, but there are a few gems out there that take games into a different level altogether. These “smart games” do this through a variety of different means, but mostly, it boils down to the mechanics and storytelling. So if you’re looking for a bracing experience while playing your video games, check out these following titles.

10. Minecraft Portable and for the PC 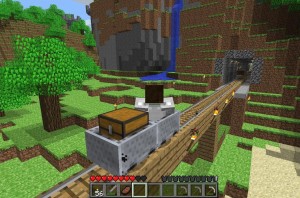 People often pin Minecraft as a builder game, however, that’s only a surface look at the game. In all truth, there have been countless massive accomplishments in this game, barring the giant buildings and re-enactments of many movie scenes. Probably the best example to illustrate just how smart this game really is, are the countless videos that show off players making full computers in the game. It would literally take up most of their game world, but once it was done, the in game computer boasted the specs that older PCs used to use. Besides, the game is like virtual Lego, and how fun was Lego growing up as a kid? 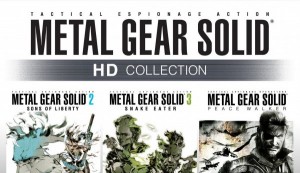 Metal Gear is very well known in the game industry for both revolutionary gameplay, and some of the most melodramatic and longest cutscenes in gaming history. Strip that away though, and you get a discussion about the impact of rapidly advancing technology on the world itself. In fact, if you’re a fan of the series, you might remember a cutscene in Raiden’s little foray into the game. Basically, it called out the censorship of the net years before CISPA, ACTA, and SOPA were even considered options. Now all you have to worry about are unmanned army vehicle— oh wait. 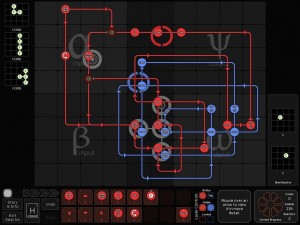 When you look up the best puzzle games in the world, you’d usually be treated to a list filled with point and click adventures and other, similar genres. Spacechem takes a few cues from these games, but at the same time, it does something the gameplay so well that it feels new. Just think of the game this way; remember all those mini hacking games in the Bishock game? Well, it’s like that but at the same time, the nodes all have their own purpose. 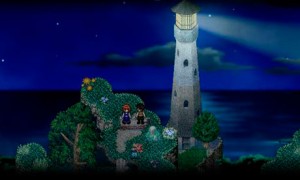 This game deserves a lot more attention than it’s receiving now, and that goes without saying that it is a brilliant game. Jumping into themes of mortality, regret, and mental health, this game is a generally morose game, filled with genuinely happy moments all the while truncated by conversations that teeter on depressing. It also helps that the game is stylized in such a way that it resembles are retro RPG.

6. The Binding of Isaac 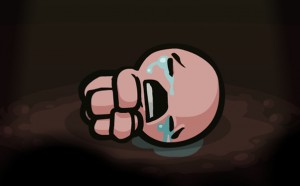 Now before you pick up this title, you have to be sure that you are not easily offended by religious content. Okay, so the Binding of Isaac deals with one solid and prevalent issue among many people, and that’s religious zealotry. While it doesn’t expound much on this, as the opening cutscene explains it in light detail, many people have interpreted the first few minutes as such. Beyond that, there are also a lot of design innovations which exploit the limitations of flash, and that’s smart enough.

The first half of this game plays out a lot like most other AAA shooter titles on the market today. However, during the third act of the game really shows off just how smart the game really is. You see, without spoiling much of the plot, this game questions the very motivations of shooters. What is the purpose of the “military simulation” and how realistic are these games actually. Probably the best part of the game is when it starts questioning player motives, and the finale makes the whole thing clear. 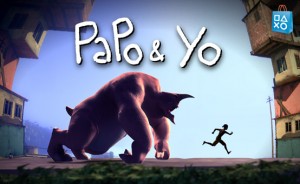 Games rarely try to jump into the realm of discussing the taboo. While at some point that’s fine, to be considered an art form, games will eventually have to touch on these dangerous topics. Papo and Yo, while an imperfect game, deals with a touchy subject among kids. It tells the tale of Quico, who is trying to escape from the clutches of an evil monster chasing him. Again, without spoiling too much, the monster is a manifestation of a drunkard father, and this is his way with dealing with day to day life. 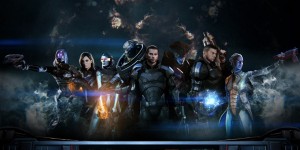 There’s been a lot of controversy surrounding the Mass Effect series, and most of it was directed at the game finale. However, if you look past this little hitch in the road, you get a game that deals with the nature of sentience and cognition, race relations, cultural fissures, and the purpose of religion in ever culture. It even dips its toes into the issues of homosexuality, and that stirred even more problems for the game. If you look beyond those things, however, you get a game that is both brilliant in storytelling and world building. 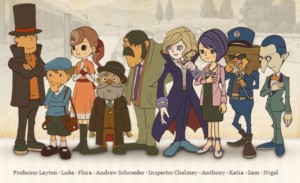 Puzzlers are considered smart games because of the problem solving element within all those kinds of games. Professor Layton makes those problems adorable, but challenging and it does so gracefully. Overall, this whole series deserves a port to ever console, but for now, it’s mostly on handhelds. 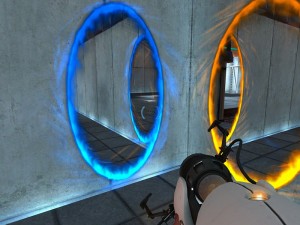 Okay, there has to be at least a few of you expecting this game to claim the top slot, and there’s actually a good reason for that. Featuring some of the best 3D platforming and puzzle solving this game maximized the Source engine. To top that off, the jet black humor that GLaDOS often spouted was hilarious and threatening at the same time. This game generally encompasses what smart games should be, and it’s pretty cheap on Steam now.